Isfahan – Facing relegation with the season winding down, Machine Sazi of Tabriz shocked hosts Sepahan with a 3-0 victory with goals coming from Hossein Ebrahimi, Amin Ghaseminejad, and Payam… Read more » 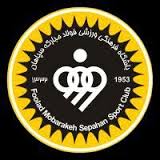