Hey everyone, Omid Nazari and Ceres-Negros are currently in Singapore for the 2018 AFC Cup. On 8 August, Filipino club Ceres-Negros will face Home United in the second leg… Read more » 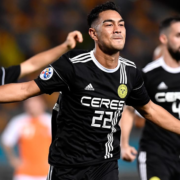 The 2018 AFC Cup is going on and although no Iranian football clubs participate in this competition, I am paying close attention because my good friend Omid Nazari is participating… Read more »

On this edition of Team Melli Talk, we catch up with Iranian-Filipino midfielder Omid Nazari and hear about his amazing run with Filipino club Ceres-Negros in AFC Champions League qualifying!

Swedish club Ostersund have advanced to the group stage of UEFA Europe League after a 2-0 win over Greek club PAOK Thessaloniki on 24 August. Both goals were scored by… Read more » 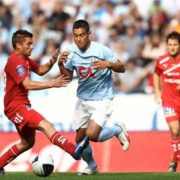 Tune into the newest edition of Team Melli Talk as we catch up with Omid Nazari, former member of the National Team of Iran. Omid made a name for himself… Read more »