In this edition of Team Melli Talk, host Art Eftekhari finally shares his input regarding how Iran can win the 2019 Asian Cup in UAE! Iran had an excellent showing… Read more » 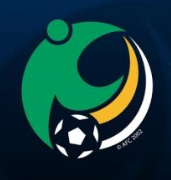 Iran U16 was defeated 2-0 by Indonesia in its first match of the 2018 AFC U16 Championship in Malaysia on 21 September. Things didn’t get any better three days later… Read more »