In this edition of Team Melli Talk, we talk to Arash Noamouz about his experience of helping PAS Tehran FC win the 1993 edition of the Asian Champions League. To… Read more » 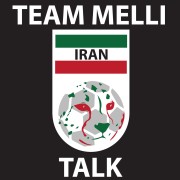 The debut of a new podcast dedicated to Team Melli: The National Football Team of Iran! We plan on keeping you up to date on the National Team of Iran, Iranian… Read more »