Portuguese manager Carlos Queiroz is the longest tenured coach in Iranian football history. However, he will not be the coach forever. He inherited a team when Iran was at an all-time low in 2011. The year before, Iran was ranked #66.

Queiroz had to work with a disgruntled fan base, lack of government support, and unhappy players.

Carlos Queiroz was the first coach in Iran’s history, to qualify Iran to back-to-back World Cups. Iran almost advanced out of the Group of Death in Russia as they beat Morocco 1-0, lost to Spain 1-0 and tied Portugal 1-1. The Iranian Football Federation might be successful in extending his contract, for another six months so he can coach Iran in the Asian Cup.

After the Asian Cup is when Stanislav Cherchesov should take over as Iran’s next coach. He would be a good fit for Iran because of his experience, defensive tactics, and he would be the perfect cultural fit.

Stanislav Cherchesov started coaching in 2004, at FC Kufstein in 2004 in the 3rd tier of Austrian football.  From 2004-2006, he took over a newly formed team Wacker Tirol, formerly known as, FC Wacker Innsbruck. Under Cherchesov’s guidance, FC Wacker got promoted to the Austrian Bundesliga.

From 2014-2015 Cherchesov coached Dynamo Moscow. His last club stint was with Legia Warszawa, the most successful club in Ekstraklasa (Poland).

In 2016 he took over as the head coach of the Russian National Team. The selection was a controversial one by the Russian Football Union, but it worked out well.

For the first time under the flag of the Russian Federation, Russia made it to the Quarterfinals of the World Cup. The Russian media were calling this the worst Russia team in over 80 years, but he got the most out of the team. The reason for that is because he is a brilliant tactician, especially when it comes to the defense.

Russia’s main forte was their ability to play multiple positions, but the one constant was solid defense, minus the Uruguay game. Iran is a team that is currently built on defense, but they have the ability to score.

Cherchesov would make sure that Iran’s defense does not slip to an unacceptable level. Iran are playing defense at a big European club level and Team Melli fans want to see that trend continue. Iran’s Achilles’ heel was always defense but Carlos Queiroz changed the culture. Stanislav Cherchesov will continue that tradition which Queiroz built. Finally, he would be a good cultural fit for Iran.

Speaking from experience, minus the language and the religion, Slavic and Persian culture are very similar. It will be difficult to convince another Western European to live and coach Iran. We got lucky with Carlos Queiroz but that will most likely not happen again.

One needs to be realistic about their expectations. Eastern Europeans, especially Russian Slavs are the perfect fit for Iran. They will bring discipline to the team, stress defense, and not have a problem adjusting to life in Iran.

The Iranian Football Federation President, Mehdi Taj should consider Stanislav Cherchesov. To recap, he has the experience as a player and a coach. Iran will continue to play defense at an elite level, and he will be a good cultural fit.

Sherwin Razmy is a contributing writer for Team Melli Talk 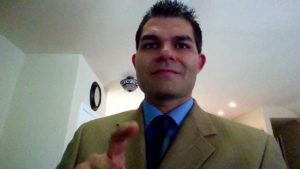